As stated in the Westport Patch, “Summer doesn’t officially begin until the Levitt Pavilion opens”. This free outdoor festival space for the performing arts, established by the Westport community in 1973, is a true gem for our town. With ’50 free nights under the stars’, the Levitt Pavilion features a variety of arts from music, dance, theater, comedy and more.

Leifer Properties has been a longtime supporter. In the words of Carleigh Welsh, director of marketing and communication for Levitt, “WE LOVE LEIFER PROPERTIES – and Roger & Beryl.  They are pillars of the Levitt Pavilion and amazing advocates of the arts.  We are so honored and fortunate to work with them and to count Roger as both a committee member and a sponsor.”

With commercial offices to rent in Westport close by, our tenants often enjoy many Levitt Pavilion productions at the end of their summer workdays. Located conveniently at 40 Jesup Road in downtown Westport, and open from June 24 – August 26, those that rent with Leifer Properties have opportunities to be entertained by artists from all over the country and across the globe. These tenants, of all ages and backgrounds, join a nightly audience that ranges from 1000-1800 members. Local networking is also a plus, as people are welcome and encouraged to not only get to know the arts and nature, but also each other.

The Levitt Pavilion is on the top list of visitor favorites in the State of Connecticut. If you are searching for a commercial space for lease in Westport, you will also find Connecticut’s premier office landlord – Leifer Properties. 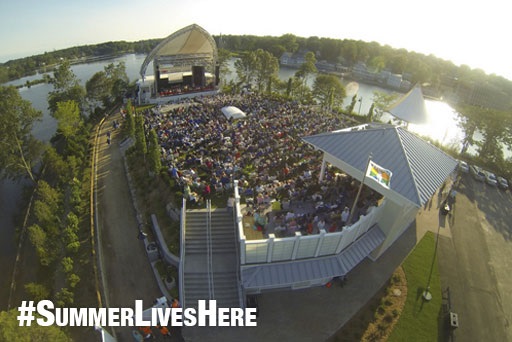 October Fest comes back to Westport